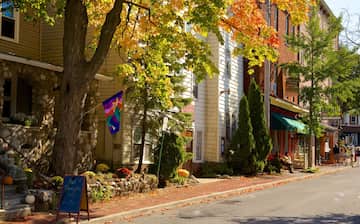 The Hudson Valley offers a diverse array of activities and attractions for visitors to enjoy. Historic landmarks and a vibrant state capital add to the region’s eclectic feel. Aside from the Hudson River, the region is home to the enchanting Highlands and a host of haunted places.

The Valley is also known for its creative culture, which extends to its people. You can find the best festivals in New York City right in this area, and you can also immerse yourself in the arts and culture of local towns. Additionally, you’ll find plenty of great educational institutions in the area, including renowned liberal arts schools.

The Hudson Valley was also home to a number of Algonquian-speaking Native Americans, including the Mahican, Munsee, and River Indians. The Dutch also settled in the valley and used it as a trading post for beaver pelts. The area later became home to Fort Orange, which became the heart of New Netherland colony operations. It was also the supply point for the upstream operations of the colony.

Hudson Valley communities are small and separated by mountains and rivers. These smaller communities often have multiple generations living in them. Residents are less likely to gossip about neighbors, but are more likely to help out with home projects and greet strangers on the street. As a result, they enjoy a more laid-back lifestyle.

Locally grown produce is a staple of the region’s economy. Fresh apples, cheeses, and vegetables are abundant in farms along the Hudson River. There is also a flourishing wine industry and an emerging micro-brewery industry. In addition, a large number of farmers are involved in raising beef cattle, dairy cattle, and chickens.

The Hudson Valley was once home to luxury homes, theaters, and resort hotels. However, over time, the region became a depressed region with higher unemployment than other parts of New York State. Pollution was an issue, and factories dumped garbage into the Hudson River. Until the 1970s, the full extent of the pollution in the Hudson River was not known.