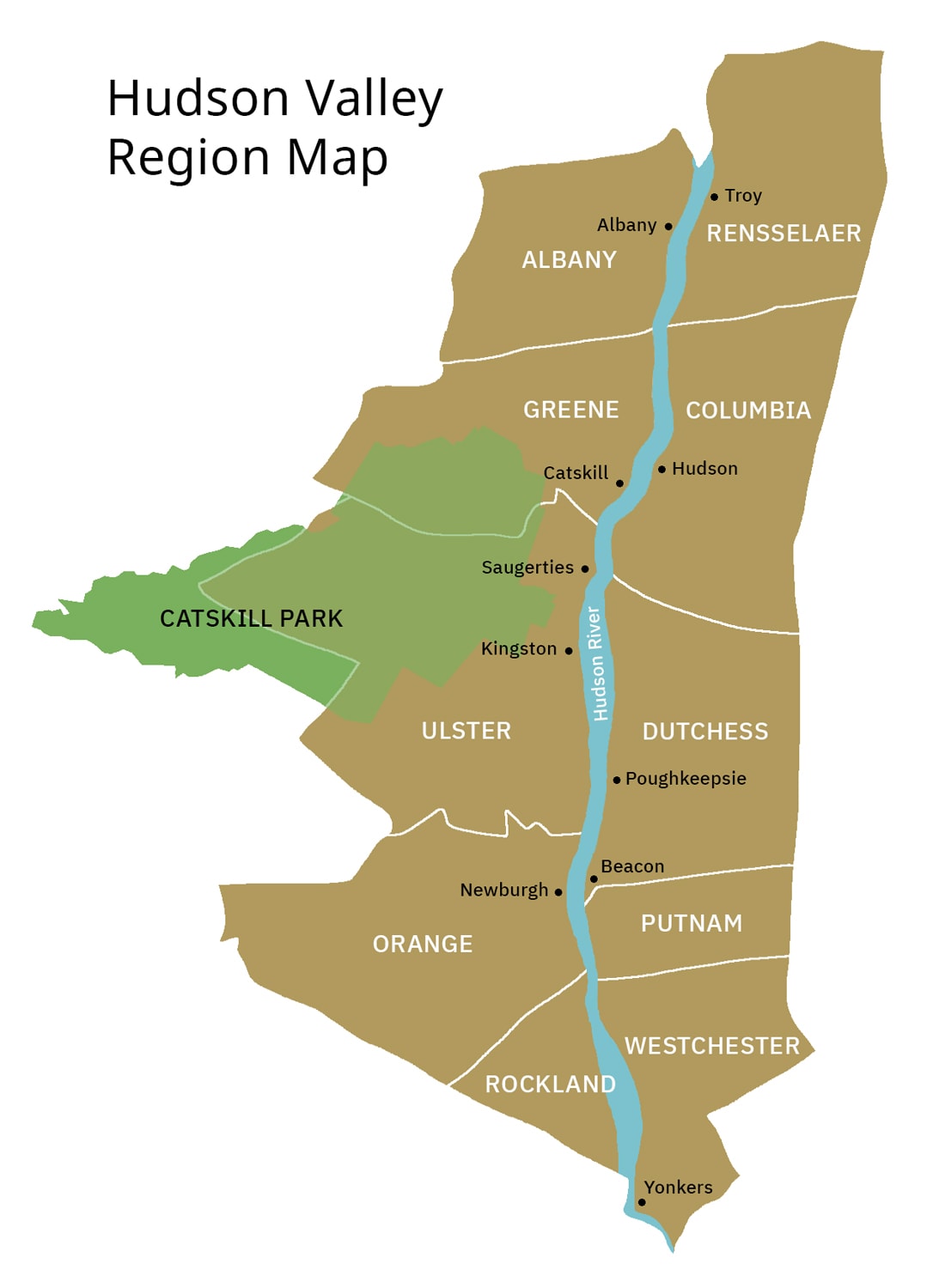 The Hudson Valley is the region along the Hudson River that stretches from Westchester County to Albany. It is known for orchards and vineyards, as well as sustainable food champions such as the Stone Barns Center for Food and Agriculture. There are also many quaint towns and villages scattered throughout the area, which are all worth a visit.

The region is surrounded by picturesque Hudson River, which is considered one of the most beautiful rivers in the world. While the river itself is a beautiful sight, the Hudson Valley also boasts verdant farms that supply local restaurants with sun-ripened fruits and vegetables, artisanal cheese, and heady wines.

The Hudson Valley is also home to many craft villages. Three of the most notable are Catskill, Woodstock, and Sugar Loaf. Visitors can view artisan clothing at local boutiques, or purchase discount designer wear at one of the local craft shops. The area is also brimming with antiques, which can be found at any number of quaint boutiques.

In addition to the many attractions and scenic spots in the Hudson Valley, there are also countless recreational opportunities. A portion of the Appalachian Trail begins here. Visitors can also enjoy kayaking, rock climbing, and swimming in the warmer months of the year. The valley is also a favorite destination for cross-country and downhill skiers. Snow tubing and snowboarding are popular winter activities in the region, too.

The Hudson Valley has a rich history of Native American culture. In the early 1600s, the area was populated by Algonquian-speaking native Americans such as the Mahican and Munsee. In addition to Native Americans, it was also home to Dutch colonists. Many of the region’s most prominent citizens and political figures owned estates in the area. In fact, President Franklin Roosevelt was a descendant of a Dutch family that settled in the Hudson Valley.

Getting around the area is easy, especially by train. The Hudson Valley is connected to New York City by the Metro North Line. It also offers easy access to the city and the Adirondacks. In addition, the region is home to the Berkshire Hills and the Connecticut shore. This is an ideal area for hiking, skiing, and biking.

If you’re traveling from one part of the Hudson Valley to the other, consider taking a bus or train ride. A Beeline bus system connects Westchester County to nearby Rockland and Fairfield counties. Public transportation in the Hudson Valley is not as extensive as it could be, but it is available. Some counties have excellent public transit systems, while others have none at all.